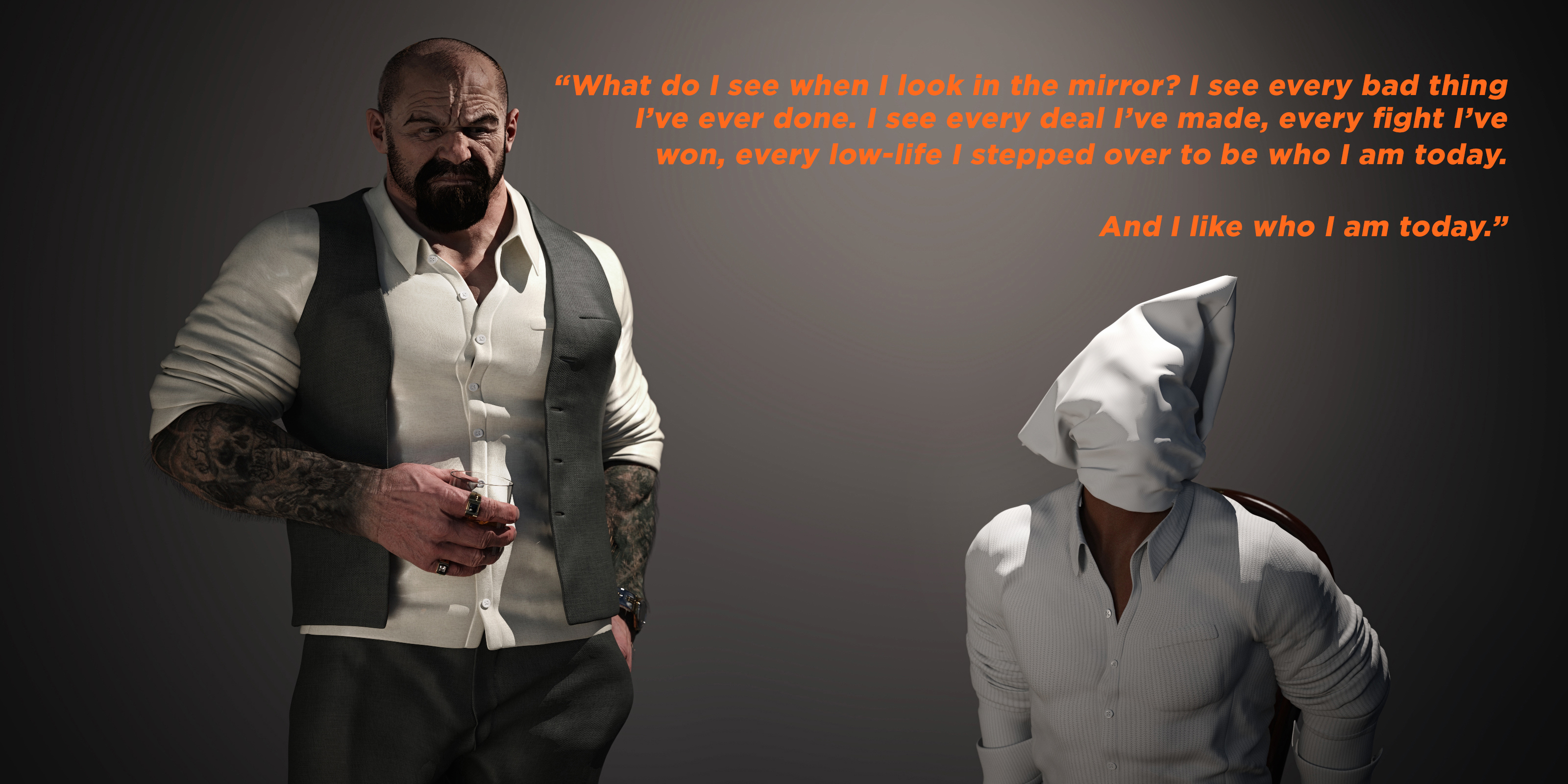 Underbelly is one of the most unique Daz characters we’ve ever released. Not only does he look different, he came to Daz 3D differently than any of our other characters.

Like you, we’re artists, so we spend a decent amount of our free time browsing galleries and looking for inspiration on various online platforms, ArtStation among them. And we were floored when we found the character Underbelly on ArtStation, designed by the exceptionally talented Johnny Rampant.
We collaborated with the artist to bring Underbelly to Daz Studio from his Maya files. We’ve never tried anything like this before, but we thought the Daz Community would love Underbelly as much as we do.

What we eventually created was a high quality character who’s ready for anything you can throw at him. And by now you’ve seen Underbelly — he’s ready.

Bringing Underbelly to Daz wasn’t easy. First we had to transfer Underbelly’s figure from the native Maya format to .DUF files. Then the real work began — we rigged the entire model to the Genesis 8 figure.

Since Underbelly wasn’t made for Daz natively, we created custom mapping to ensure compatibility with all of our poses & outfit-ready Smart Content, and finished the process by re-sculpting in certain areas for added adaptability.

Now Underbelly works as well as the other Daz Characters you love with a figure that’s ready to render — head, shoulders, knees and toes. And fingers, so he can throw a proper punch. And jaw, in case he’s as jaw-dropping as we think he is.

What we love about Underbelly

There’s a lot — Underbelly is a high-quality 3D figure made by an amazing 3D designer, and he is, like we said, different.

This character comes with sculpted face wrinkles that show history and age, eyebrows that furrow, unique body proportions and muscle definition. Underbelly has broad shoulders that connote strength, and some of the most realistic 3D hands we’ve seen on a figure.

Past those more noticeable elements, Underbelly has tons of precise details. He comes with carefully defined veins in his forearms, layered image tattoos, and hair that works on top of the tattoos for outrageous realism.

The attention to the fine detail extends to his outer layers, too. The minor scars on his face are convincing, and the subtlety of a just barely too-tight shirt (with slight stress at the button junctures) is part of the crafting process that makes Underbelly so photorealistic.

In case you want to know a little more about the newest Genesis 8 Male figure:

How to get Underbelly

Underbelly is unique, powerful, and poised to make a statement in your renders. He’s available as a Base Character, with the accompanying Gangster Bundle for his shadier side, or the complete Underbelly Bundle, so he’s ready for anything you can think of.

Don’t miss out on one of the most unique and detailed characters Daz 3D has ever released!

Daz 3D welcomes replies and comments about blog posts and related 3D and Daz topics. Replies that are offensive, off topic, or critical without constructive elements will not be published.